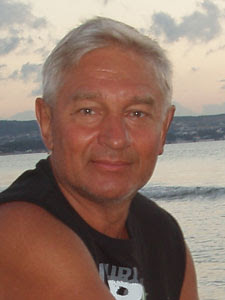 Faek Bireah, the head of Paris Centre of Aiengar Yoga, commented few years ago: ”Had Patanjali been alive today, he would have never recognized what we are doing as yoga…” This phrase is especially relevant today.
Since the real consequences of practicing “dynamic yoga” and “invented styles” have just started showing through, people are becoming more cautious about them. This is good news. Altering the practice of yoga does not improve the results. Therefore this chapter focuses on traditional (as have been practiced for centuries) yoga, which has been the total focus of my time and my life’s work. I continue to publish books on this topic, because of the ongoing need to present the key aspects of the technique in the most concise and easy-to-understand manner.
The main purpose of this chapter is to demonstrate that your practice could be built in accordance with the essence of Patanjali texts and to explain which results could be achieved. For that, I will be relying on the Sutras 46(II) and 47(II) and I will present a series of conclusions based on my personal experience.
Thus, below are two versions of the translation of the Sutra 47(II) plus a commentary:
- “An asana is being achieved through abandoning all effort or concentrating on the infinite” (2)
- “By loosening of effort and by meditation on the serpent Ananta, asana is mastered. …
…So there should be relaxation of effort; there should be perfect relaxation in the asana.
Secondly, the mind should be concentrated on Ananta.
The word ananta means endless.”(3)
- “The person practicing the specific asana in accordance with the tradition should focus their effort on the relief of the natural tension” (2).
The meaning of the relief of tension is the resulting relaxation, and nothing else. Then, what kind of effort is implied? Obviously, it implies letting go the conventional patterns, in particular the attempt to improve an asana. This attempt is senseless because the body can not be forced beyond its plasticity limits without injury. Therefore, the essence of any asana is the maximum muscle relaxation possible in this particular posture.
D. Ebert states “ Mastering an asana implies perfecting sensomotor regulation, so the decrease in muscle activity will be indicating the growing perfection” or “The main requirements for any asana stated in “Yoga Sutra” are motionlessness and comfort. That means that each posture should be held with the minimal effort…” (4)
What is then the concentration on the infinite? The thinking process includes conscious, or directed and sporadic, or autonomic mental activity. The directed mental activity impliesfollowing the specific goal and could be controlled through a conscious effort. The autonomic mental activity represents sporadic thoughts appearing in the mind without pursuing any specific goal.
Spreading the mind on the infinite number of objects means diffusing it completely (like trying to encompass in your focus every leaf on a tree or hear 20 stories at the same time). This would cause conscious mental activity to cease and autonomic mental activity would disappear or separate from the consciousness .That would result in the silence of the mind, the temporary(for the period of practice) absence of thoughts, or quieting of the thinking process.
Now, below is the translation of the Sutra 46 (II):
- “Steady and comfortable should be the posture” (3).
“In the essence, every true yogic exercise tends to suppress any manifestation of rajas guna (5), and therefore should be static rather than dynamic” (6)
Therefore, practicing traditional yoga asanas boils down to the performing specific body posture (still achievable without stress), but at the same time, the conditions are created for:
- the maximum muscle relaxation and
- the discontinuation of the conventional thinking process (ordinary mental activity).
Practically, following these rules means that:
- the physical effort (while performing asanas) should not be explicitly perceived by the consciousness (unless one pays specific attention to it). The mind could only become empty when the effort and the body position are completely natural. The sensations from holding the posture remain latent (unnoticed) within the optimal exposure time. As soon as this time is exceeded, the sensation or effort starts being perceived, which signals the time to finish the asana. If the posture is held after the sensations appear, the effect of the asana reverts and becomes negative, since it can involve potential trauma.
- having a  variety of asanas only matters for exercising the muscles and joints to compensate for the pitfalls of our sedimentary lifestyle and to achieve the overall holistic effect on the body organs and systems. The variety is also useful to achieve the consistent silence of mind during the posture changes.
When the conventional mental activity ceases as the result of the correct(traditional static) asana practice, any asana is being performed: - without thinking, analysis and correction, neutrally, with detachment, in accordance with the physical ability of the practicing person;
- also, without explicit (noticeable) sensations, which would inevitably disturb the mental relaxation.
The absence of sensations indicates that:
- the body is not overstretched or overstrained (as in our usual day-to day activity when we are comfortable and do not notice any body strain).
- the practice complies with ahimsa (7), it meets yama (7) requirement and secures from injury.
- the body posture is optimal and its effect is holistic for the time of exposure (before the sensations start appearing).
Mastering asana is reflected in minimizing the number of muscles involved as well as the intensity of their work. Thus the beneficial exposure time lasts from the moment of becoming motionless till the appearance of sensations (it does not matter in which part of the body). The sensations signal the time to finish the asana.


GLOSSARY
1. Patañjali is the compiler of the Yoga Sutras, an important collection of aphorisms on yoga practice.
Sūtra (Sanskrit sū́tra), literally means a rope or thread that holds things together, and more metaphorically refers to an aphorism (or line, rule, formula), or a collection of such aphorisms in the form of a manual.

7. Yama (“discipline”) — the first “limb” (anga) of Patanjali’s eightfold path, comprising moral precepts that have universal validity (such as nonharming and truthfulness); also the name of the Hindu deity of death
Niyama (“[self-]restraint”) — the second limb of Patanjali’s eightfold path, which consists of purity (shauca), contentment (samtosha), austerity (tapas), study (svâdhyâya), and dedication to the Lord (îshvara-pranidhâna)

9. Wu Wei: in Taoist thought, "actionless action;" related to the concept of de as efficient power, Wu Wei refers to action that is in accordance with the Dao ("Way"), which is therefore seen as ultimately more productive than energy-depleting friction that pushes too hard, i.e., against the Dao, for its goal.

10. In some people suffering from severe neurosis, the body and its sensations can become alienated from each other and some important signals from the body may be missed by the consciousness, while “ghost” ones (not relating to actual contact of the body with environment) may actually dominate the attention.

11. Vipassana: This is a form of meditation known as insight meditation, and is considered key to enlightenment by Theravada Buddhists.

12. Representational systems (also known as sensory modalities and abbreviated to VAKOG or known as the 4-tuple) is a Neuro-linguistic programming model that examines how the human mind processes information. It states that for practical purposes, information is (or can be treated as if) processed through the senses. Thus people say one talks to oneself (the auditory sense) even if no words are emitted, one makes pictures in one's head when thinking or dreaming (the visual sense), and one considers feelings in the body and emotions (known as the kinesthetic sense).

13. Yoga Sutras of Patanjali (1,2) defines yoga as following:  yogas chitta vritti nirodhah - Yoga is the cessation of the thought-waves of the mind. (To block the patterns of consciousness is yoga.) Here and later CVN means blocking conventional thinking process.

14.Sadhaka (Sanskrit) is a practitioner of a particular sadhana (practice). The term is often synonymous with yogi

15. Phosphene -  a luminous impression due to excitation of the retina

16. Ekagrata -Concentration of mind on one object or thought

19. In modern society many people function in state which has a certain stability but which is far from optimal, for example spinal scoliosis. Drastic physical activity in this condition is difficult and can even be dangerous. The mild practice of traditional yoga, when done correctly, can bring such a body into alignment without risk

21. Example: Unhealthy nutritional habits combined with on-going stress could result in gastritis; the inflammation of the mucous coat of the stomach. If this situation continues for a while and is further aggravated by smoking, the gastritis gradually evolves into the chronic stage (duodenitis). Ulcers could be formed. In some cases, the lengthy inflammatory process could even cause tumors.

22. Example: you always try not to behave angrily with your boss even if you have good reason to be angry with him or her.

23. Example: running away and screaming

24. A line from William Shakespeare's Macbeth, from Act 5, Scene 5.

25.Yoga Nidra is a deep relaxation technique also called “yogic sleep” in which mind and body is at complete rest but with complete awareness.

27. Russians prefer to spell things out for you.

28. Stabilogram is the test measuring the severity of balance disorders resulting from the lack of adequate muscle response due to a deficiency of sensory inputs or damage in the central nervous system.

29. In Hindu philosophy, sattva (Sanskrit sattva "purity", literally "existence, reality"; adjectival sāttvika "pure", anglicised sattvic) is the highest of the three gunas in Samkhya, sāttvika "pure", rājasika "dim", and tāmasika "dark".
A person or creature can be called sāttvika if the creature has predominantly sāttvika tendencies.
A sāttvika individual always works for the welfare of the world. He is always hardworking, alert and lives life moderately. He leads a chaste life. He eats moderately. He speaks the truth and is bold. He never uses vulgar or insulting language. He does not feel jealous nor is he affected by greed and selfishness. He does not cheat or mislead anyone. He does not even allow any evil tendencies to enter his mind. He has good memory and concentration. He also has keen interest in improving his spiritual knowledge, and spends time worshiping god or meditating. In the extreme state he may even perform penance or uninterrupted meditation. A satvic individual can be recognized if his mind, speech and actions synchronize. Manasa, vacha, karmana are the three Sanskrit words used to describe such a state.

30. Siddhi (Sanskrit: siddhiḥ) is a Sanskrit word that literally means "perfection", "accomplishment", "attainment", or "success". It is also used as a term for spiritual power (or psychic ability). The term is used in that sense in Hinduism and Tantric Buddhism. These spiritual powers supposedly vary from relatively simple forms of clairvoyance to being able to levitate, to be present at various different places simultaneously, to become as small as an atom, to materialize objects, to have access to memories from past lives, and more.

33. Samtosha is Contentment; one of the five attributes of niyama (self-restraint)
Publicada por Calceteiro em 13:35